The speaker Dr Torsten Wingenter was part of the previous event. To review the most recent speakers list, click here.
View All Speakers 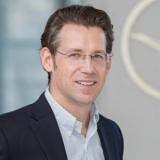 Before working at Futur/io, Dr. Torsten Wingenter Right founded the Lufthansa Social Media Team and led the brand to one of the globally leading airlines in the social space with more than 1.7m fans on Facebook today. In 2010 Lufthansa was one of the first airlines making usage of the full range of social media during issues like the ash cloud. The airline became best practice for its crisis handling which was picked up broadly by media like CNN. In the same year Lufthansa was awarded as “Best Airline in Social Media” by AirlineBusiness. For the tech savvy travelers Lufthansa is also well-known for its apps creating unique user benefits (like Blue Legends, Take-off, MemberScout etc.). In regard of location-based services Lufthansa is the leading airline with more than 170.000 followers on Foursquare. In the quest for leading digital projects Lufthansa’s latest story-telling campaign is #inspiredby #travel where more than 300m impressions on Facebook reached people between 18-30 with glimpse into the unforgettable moments that travel creates. Previously Torsten managed strategy & business development of Lufthansa Miles & More – Europe’s leading frequent flyer program.

Check out the incredible speaker line-up to see who will be joining Torsten.

*Processing your payment may take a moment. Please click submit payment only once, and do not refresh this page. Doing so may result in your credit card being charged more than once.

We use cookies and similar technologies to recognize your visits and preferences, as well as to measure the effectiveness of campaigns and analyze traffic.
To learn more about cookies, including how to disable them, view our Cookie Policy