The speaker Chloe Marchand was part of the previous event. To review the most recent speakers list, click here.
View All Speakers 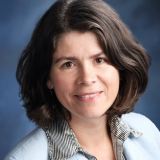 Chloé Marchand is responsible for Air France social media : servicing travelers and customers on social platforms, develop brand awareness and preference, engage and inspire social communities into travel, promote Air France destinations and offers to contribute to overall digital sales. Prior to coming back to France, Chloé was appointed as Country Manager for Air France KLM in Poland from 2013 to 2016 and before that Air France KLM’s Commercial Director for Singapore, Indonesia, Australia and New Zealand, based in Singapore from 2009 to 2013. Earlier in her career, Chloé was responsible for commercial and digital projects at Air France KLM in France. She has been with Air France KLM since October 2001 and worked as Marketing Manager for Internet start-ups before that in New York and Paris.

Check out the incredible speaker line-up to see who will be joining Chloe.

*Processing your payment may take a moment. Please click submit payment only once, and do not refresh this page. Doing so may result in your credit card being charged more than once.

We use cookies and similar technologies to recognize your visits and preferences, as well as to measure the effectiveness of campaigns and analyze traffic.
To learn more about cookies, including how to disable them, view our Cookie Policy